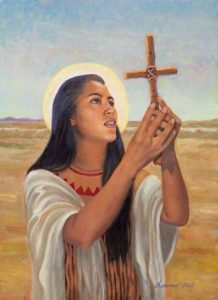 TO LEARN MORE ABOUT SAINT KATERI